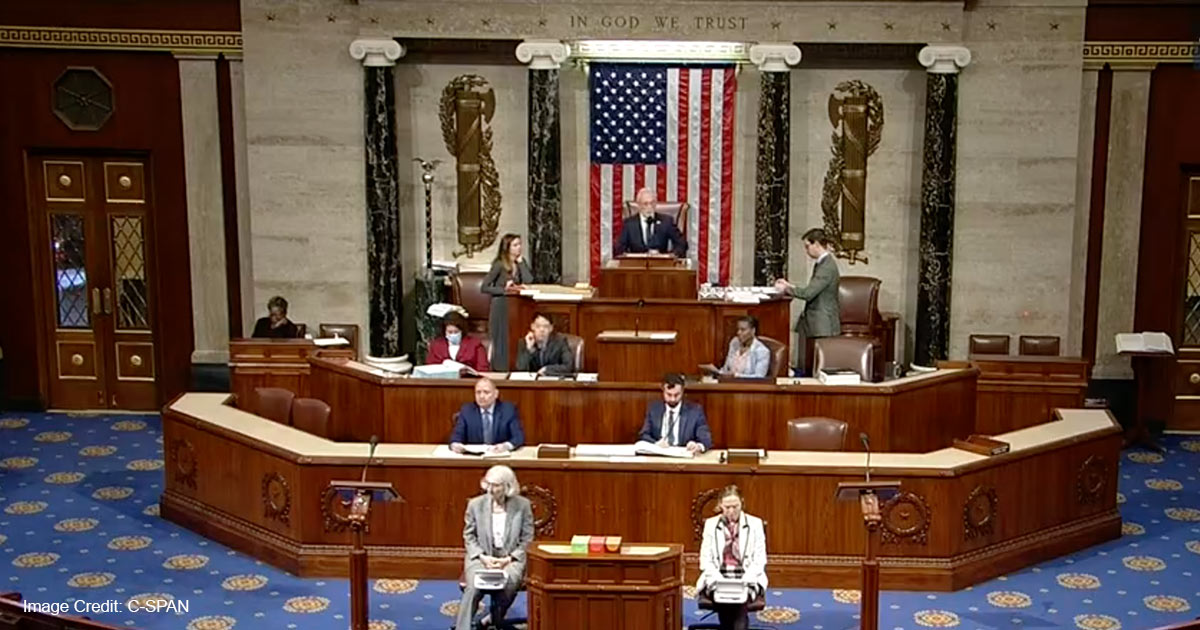 The U.S. House voted 221-211 along party lines Tuesday to establish a Select Subcommittee on the Weaponization of the Federal Government under the auspices of the House Judiciary Committee. The committee will investigate the Biden administration for improper investigations, collusion, data collection, and other civil liberty violations, so naturally all the Democrats voted against it. Pursuant to its mission, the committee, comprised of eight Republicans and five Democrats, will have authority to call and question witnesses, issue subpoenas, and even “receive information available to the Permanent Select Committee on Intelligence.”

The broad plain of executive misdeeds is so vast and fertile that the committee’s only serious obstacle might be choosing where to begin.

The committee will almost certainly delve into the apparently two-tiered system of justice that governs operations at the Department of Justice (DOJ) and Federal Bureau of Investigation (FBI). “This select subcommittee is modeled on the famous Church Committee, which investigated the American intelligence community in the 1970s and uncovered and exposed a wide variety of abuses including many directives against American citizens,” noted House Rules Committee Chairman Tom Cole (R-Okla.).

The biased administration of justice has exposed itself in myriad ways. While pro-life pregnancy centers and churches sustained 52 attacks in 46 days after the Supreme Court’s leaked Dobbs decision on May 2, the FBI did nothing. Only after 16 Republican senators wrote a letter demanding to know, “about how the Department of Justice is addressing the disturbing trend of harassment, intimidation, and violence against religious and other pro-life organizations and individuals,” did they open an investigation. Yet after nearly seven months, the FBI’s “investigation” has produced no arrests, nor even, as far as we know, a single search warrant. They might as well be investigating their suit pockets.

In fact, the DOJ and FBI have seemingly turned ignoring left-leaning political violence and other crimes into a hobby. They never acted against those illegally attempting to intimidate the justices by protesting at their homes; the only arrest was of a disturbed young man who turned himself in and confessed to a plot to assassinate Justice Kavanaugh. They interfered as little as possible with the anarchic rioting and looting that took place under the Black Lives Matter banner in the summer of 2020. Investigations into individuals connected to high-profile politicians on the Left — such as Hillary Clinton or Hunter Biden — seem to disappear or stall out.

Instead, the DOJ and FBI have turned persecuting their political opponents into an art. This past fall, the FBI arrested a 73-year-old pro-life activist, father of 11, for advocating outside an abortion clinic more than a year earlier. They claimed his actions obstructed one patient from entering an abortion clinic, alleged that he had violated the Freedom of Access to Clinic Entrances (FACE) Act, and charged him with crimes that could result in a $250,000 fine and 11 years in prison. The very same law also protects churches and pro-life pregnancy centers, but the FBI has been much less zealous in finding and prosecuting those who have committed actual violence by defacing and destroying property.

In August, the DOJ intervened in a lawsuit over an Alabama law that would protect minors from harmful gender transition procedures. Their causeless meddling — likely done at the behest of the Southern Poverty Law Center (SPLC), which brought the lawsuit — merely served as a pretext to subpoena the Eagle Forum of Alabama, demanding 11 types of documentation dating back to 2017. The mostly-volunteer EFA, “has only one full-time paid employee, along with one part-time paid administrative assistant,” and isn’t even party to the lawsuit, but they have doubtless proven a nuisance to the SPLC’s radical agenda for Alabama. As a result, the presiding judge quashed the DOJ’s subpoena as overly broad and creating too heavy a burden.

The most egregious incident involves the DOJ and FBI investigating parents as “domestic terrorists” for speaking out against woke indoctrination at school board meetings. Just days after receiving a complaint from the National School Boards Association (NSBA) — which NSBA later renounced, and which, it was later revealed, the DOJ coordinated beforehand — the DOJ announced that it would investigate parents as domestic terrorists, based upon fewer shreds of evidence than could clothe a flea. Whistleblowers later revealed that the DOJ did, in fact, follow through on that threat and investigate parents with counterterrorism resources.

Such embarrassing, whistleblower revelations may have prompted Attorney General Merrick Garland to send a memo containing a veiled threat to all would-be whistleblowers at the DOJ, to think twice before exposing the department’s misbehavior. But whistleblowers are protected by law, as the leader of the DOJ should know.

Thoroughly investigating and exposing all these seemingly arbitrary and capricious actions by federal law enforcement should keep the Subcommittee on the Weaponization of the Federal Government busy for some time. And that doesn’t even reach to the FBI’s censorship collusion with Big Tech companies, an unsavory relationship which the Twitter Files are just beginning to reveal. But the DOJ isn’t the only agency with skeletons in its closet.

Over at the Department of Homeland Security (DHS), an ill-fated attempt to distract from the border crisis created one of the funniest jokes of the year — and also the most Orwellian. Secretary Alejandro Mayorkas announced the creation of a Disinformation Governance Board, more accurately known as the Ministry of Truth. The Board, helmed by a discreditable figure and incapable of providing any straightforward reason to exist (besides partisan censorship), was suspended after less than a month and later deep-sixed. Yet there is always the possibility that the censorship activity, which the Ministry of Truth was shamed out of performing, still persists — only shuffled around into other departments. The Weaponization Subcommittee may attempt to unravel the shroud of lies and find out.

Meanwhile, DHS actually did weigh in on the wave of violence targeting pro-lifers. But their two cents were as pathetic as they were biased. DHS alleged that “individuals who advocate both for and against abortion” created a “heightened threat environment” for “reproductive healthcare personnel and facilities, as well as those with opposing ideologies” — implying that both sides participated roughly equally in the violence. They may as well claim that the southern border is not “open.”

These are only two departments that have demonstrated an unacceptable level of political bias and governing malpractice during President Joe Biden’s short time at 1600 Pennsylvania Avenue. But a nearly cabinet-level agency merits scrutiny. The Department of Defense enacted a partisan campaign against extremism (only the right-fringe kind), forced out servicemembers with religious objections to the vaccine, and institutionalized LGBT propaganda and critical race theory. The Department of Health and Human Services has promoted the mutilation of children and advocated for the redefinition of sex. The Department of Education has sponsored harmful left-wing indoctrination at the expense of actual learning. The list could go on.

With only slim midterm pickings, House Republicans have resolved to maximize their mileage by focusing on goals a five-seat majority can actually achieve. In addition to reforming the rules, conducting investigations is a natural opportunity. Investigative committees don’t require the approval of a Democratic Senate or president, and they don’t even require agreement among the entire Republican caucus. If House Republicans can block the Biden administration’s worst legislative ideas and expose its worst executive behaviors, then it will have adequately fulfilled its role in a divided government.