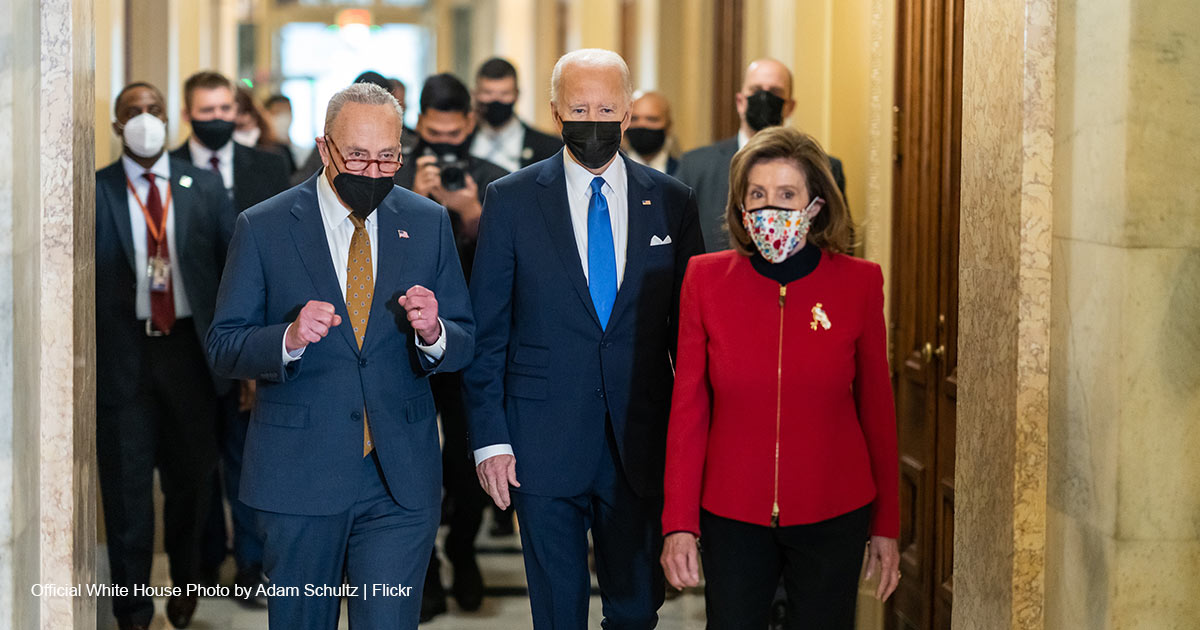 Apparently signaling a lack of support, Senate Democrats on Thursday postponed voting on a bill that would officially declare same-sex marriage the law in all 50 states.

As recently as Monday, Senator Tammy Baldwin (D-Wis.) said she believed her colleagues would vote on H.R. 8404, which its supporters deemed the “Respect for Marriage” act, next week. But Thursday, she announced the bill would not come to the floor until “after the election.” The legislation would require states to recognize any marriage legally recognized in any other state. The bill would provoke an avalanche of lawsuits against faith-based nonprofit organizations — such as food banks, adoption agencies, and schools/daycare centers — according to its critics; meanwhile, its sponsors admitted last week it may require an amendment to assure the bill does not allow polygamy.

The bill appeared to be advancing as recently as Wednesday, when Senate Majority Leader Charles Schumer (D-N.Y.) stumped for the bill, saying he was engaged in “good-faith conversations” and that he is open to making “reasonable compromises.” Last week, Schumer ratcheted up the pressure, threatening to tie the measure to a must-pass bill to keep the government funded after September 30.

“Evidently, Chuck Schumer realizes he doesn’t have 60 votes for the so-called ‘Respect for Marriage’ act. Clearly, Republican senators are hearing from their constituents about the many problems with this bill,” David Closson, director of the Center for Biblical Worldview at Family Research Council, told The Washington Stand.

House Speaker Nancy Pelosi (D-Calif.) allowed just one day’s consideration before the bill passed the House of Representatives by 267-157, with 47 Republican votes. But it appeared poised to stall in the evenly divided Senate where Democrats would need at least 10 Republican votes to overcome a filibuster. Baldwin said she had collected five on-the-record endorsements, and three “soft” supporters.

“You, through your phone calls, got the attention of Republican senators, and they will not move forward with a vote, at least not before the election,” Family Research Council President Tony Perkins told his “Washington Watch” radio audience on Thursday. “We’re going to have to be watching this in the lame duck session, so our work is not yet done.”

The two-month legislative pause comes after much concern over the political fortunes of wavering Republican senators. Reportedly, the decision to postpone the vote until the lame duck session came on the advice of Sen. Roy Blunt (R-Mo.), a retiring Republican currently negotiating with the bill’s supporters. “If I wanted to pass that, and I was the majority leader and I wanted to get as many votes as I could possibly get, I’d wait until after the election to have the vote,” he said. “A handful of [Republican senators are] likely to decide to be somewhere after the election that they wouldn't have been” before the election.

Supporting same-sex marriage contributed in part to the defeats of Rebecca Kleefish, Denver Riggleman, and Peter Meijer in this summer’s Republican primaries. “The prospect of a vote less than two months from the midterm elections, in which control of the Senate is at stake, left some Republicans skittish about taking a position on the legislation,” reported The Washington Post.

Massive constituent response also played a role, according to those privy to the details. “Fortunately, the August recess came along in time for us to go home and hear from our constituents — hear from our priests and our pastors and the praying men and women of our churches,” Senator Kevin Cramer (R-N.D.) told Perkins on last Wednesday’s “Washington Watch.”

A coalition of left-wing activists and some right-leaning business interests have aligned to promote the bill. The legacy media touted a group of 400 Republicans who urged passage of the bill on Tuesday. The letter, organized by a group called Centerline Action, asserted that “marriage is a fundamental freedom central to individual liberty and the pursuit of happiness.”

Yet the media gave little coverage to the Alliance Defending Freedom, which delivered a letter representing more than 2,000 churches and ministries the next day. H.R. 8404 “inflict[s] an injustice,” “betrays members of the faith community, and should be thoroughly abandoned,” they wrote.

Numerous groups and alliances have warned that the bill will further erode the religious liberty of practicing Christians and observant Jews who refuse to participate in same-sex ceremonies. Senator Mike Lee (R-Utah) has spearheaded an effort to draft an amendment to assuage those objections. “Some have raised concerns that religious organizations and individuals could experience retaliation under” the bill, Lee’s communications director, Lee Lonsberry, told KSL NewsRadio on Monday. “Senator Lee is actively working with his senate colleagues to address those concerns.”

The most polarizing LGBT activists insist the bill needs no change, because same-sex marriage “has been nothing but positive, both for the LGBTQ+ community and for our society as a whole,” said Joni Madison, president of the Human Rights Campaign, an LGBT pressure group. “The supposed harms that opponents of marriage equality predicted simply have not come to pass.”

Both sides voice uncertainty about the vote’s outcome, when or if it takes place this fall or winter. ­­“Anybody out there needs to really weigh in with their senators so that we don’t get to that 60[-vote] threshold,” Senator Mike Braun (R-Ind.) told Perkins on Wednesday.

“Regardless of when the Senate decides to vote on this bill, it is a disaster for religious liberty,” Closson told TWS. “Those who care about marriage need to continue letting their senators know where they stand on this legislation.”