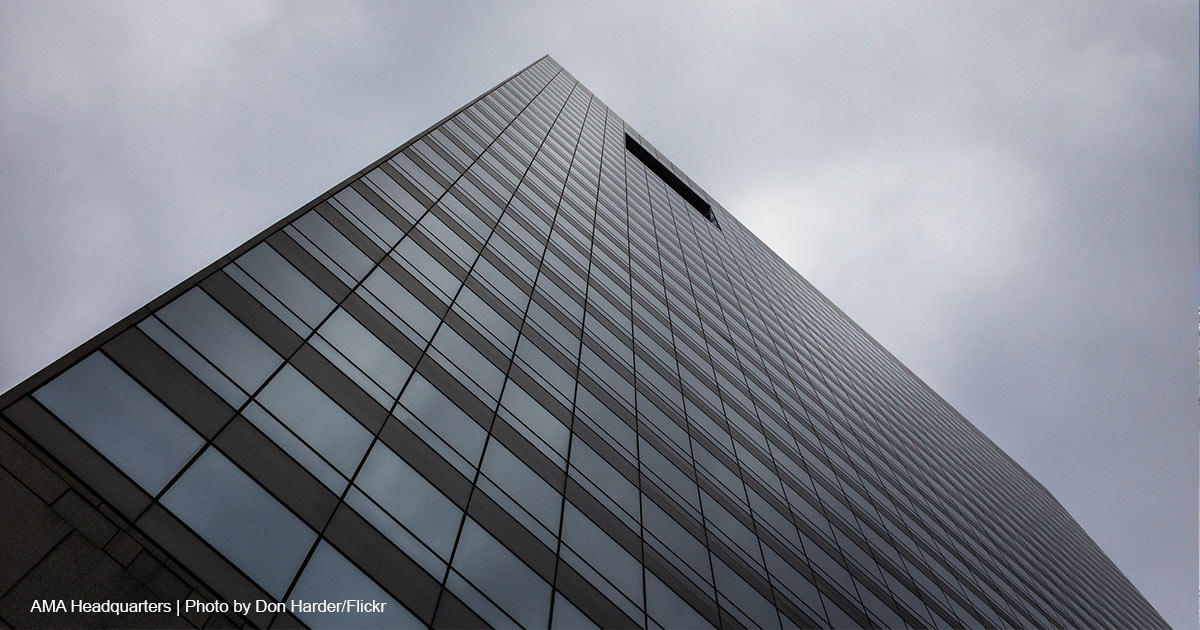 If the Justice Department investigates journalists exposing those who profit from performing double mastectomies and sterilizations of healthy children, it will compound the Biden administration’s “threats to democracy and to the rule of law,” a Republican congressman said Monday.

Three medical industry associations urged Attorney General Merrick Garland “to investigate the organizations, individuals, and entities coordinating, provoking, and carrying out bomb threats and threats of personal violence against children’s hospitals and physicians across the U.S.” (Emphasis added.) They asserted, largely without proof, that they have received everything from threats to “protestors” after journalists post information about centers like Boston Children’s Hospital, which perform transgender surgeries on children as young as 13.

These non-violent actions “are rooted in an intentional campaign of disinformation, where a few high-profile users on social media share false and misleading information targeting individual physicians and hospitals,” triggering an “escalation of” mostly unverified “threats, harassment, and disruption of care across multiple jurisdictions,” according to the letter on Monday from the American Medical Association, the American Academy of Pediatrics, and the Children’s Hospital Association.

Critics note the letter appeared nearly one year to the day after a similar letter from the National School Board Association (NSBA), calling on the DOJ to target parents protesting controversial curricula and pornographic books in public schools. Last October 4, the Biden administration’s Justice Department promised to crack down on parents allegedly engaging in “harassment, intimidation, and threats of violence” against school board members.

“Are we now living in an era where every left-wing cause can call upon the federal government to harass and intimidate those with whom they disagree?” asked Family Research Council President Tony Perkins. “That seems to be the Left’s modus operandi,” replied his guest, Rep. Dan Bishop (R-N.C.), on Tuesday’s episode of “Washington Watch.”

The AMA letter seems all the more concerning, because an internal NSBA email noted the organization produced the 2021 letter based on “a request by [Education] Secretary [Miguel] Cardona.” The letter “didn’t come from the National Association of School Boards,” said Bishop. “The White House used that organization as a cutout to draw this attack on a group that the White House disfavored.”

“What have we come to in this country when constitutional rights mean so little to the Left — the ‘tolerant’ Left — that they want to see political opponents jailed any time they disagree?” asked Bishop. The attack seems all the more outrageous, since it is devoted to “fringe issues” such as “the ideology of transgenderism and the destruction of children” unable to render adult consent to life-altering surgeries, he added.

While the Left frequently speaks of “threats to our democracy,” said Bishop, “you’re seeing the threats to democracy and to the rule of law lived out in a Justice Department that appears to move according to politics rather than impartial justice.”

The call to crack down on investigative journalists would target people like Matt Walsh of The Daily Wire, who said he and his team uncovered first account evidence that surgeons view transgender surgical interventions as lucrative financial ventures. Administering hormones gives the hospital thousands of dollars in profits per procedure, but the real money comes from amputations, the speaker said.

“These surgeries make a lot of money,” enthused Dr. Shayne Sebold Taylor of Vanderbilt University Medical Center’s Clinic for Transgender Health in a 2018 speech posted online by Walsh. Double mastectomies of healthy breasts, dubbed “top surgery,” netted $40,000 at the time, while sterilization and reconstruction of artificial genitalia (“bottom surgery”) can generate $100,000 or more each.

“There are entire clinics where the entire clinic is supported just by their phalloplasties,” Taylor told receptive hospital administrators. According to a new report from Grant View Research, the world of transgender surgeries is set to become a $5 billion industry by 2030.

The cost has likely increased with growing demand among young adolescents, especially girls. One center that performs transgender surgeries reported the number of teenage girls seeking a double mastectomy increased 1,400% between 2013 and 2019, according to the New York Times. A study found that 100% of girls who undergo breast removal motivated by gender dysphoria will experience symptoms after one year, including “hematoma (3.6%), infection (2.9%), hypertrophic scars requiring steroid injection (2.9%), seroma (0.7%), and suture granuloma.” Multiple studies in the U.S. and Europe also show post-operative transgender people have an elevated risk of suicide, possibly echoing the despair of the growing detransitioners movement.

“Our organizations are dedicated to the health and well-being of all children and adolescents,” the AMA letter insisted. But experts say transgender surgeries are a permanent response to a temporary and fleeting desire; that children lack the maturity to consent to such a surgery; and that they frequently impose lifelong complications. “Transing a child is never the answer,” said the director of FRC’s Center for Family Studies, Jennifer Bauwens.

To date, the safety concerns raised by the AMA letter have thankfully remained mostly theoretical. The Justice Department charged a Massachusetts woman, Catherine Leavy, with phoning in a hoax bomb threat to Boston Children’s. Officials have released no information about her motivation.

The Justice Department, which initiated an investigation over the summer, has yet to announce a single arrest of anyone who engaged in the conspiracy of violence against pro-life women’s centers.

Attempts to shift federal law enforcement’s — and social media platforms’— focus to an unproven nexus between investigative journalists and unsubstantiated threats against the transgender surgical industry have already drawn backlash. Biden’s “DOJ won’t touch terrorism against pregnancy help centers but now they consider going after those who WON’T mutilate children??” asked an incredulous Janet Parshall, whose talk show “In the Market” is nationally syndicated on Moody Radio. “The AMA has lost all credibility,” said Rep. Dan Crenshaw (R-Texas), who derided the letter as “absolute insanity.”

The letter may be motivated by newly enacted laws such as the one Oklahoma Governor Kevin Stitt (R) signed on Tuesday, cutting off all taxpayer funding from any university hospital that performs “gender reassignment medical treatment” on minors. The bill advanced through the legislature quickly after media revealed that such procedures took place at Oklahoma Children’s Hospital.

“This is just the first step,” tweeted Stitt. “I am calling on the legislature to ban all irreversible gender transition surgeries and hormone therapies on minors nationwide."

As Christopher F. Rufo, the Manhattan Institute’s leading expert and critic of extreme gender ideology, warned, “This is now the Left’s playbook. They want to stifle dissent, suppress speech, and criminalize opposition.”